In the late 1960s I was living in English Bay area, Vancouver, British Columbia, Canada and working in the logging industry. I found out through a mutual friend about a cannon that had been found offshore in the water on the Eastern side of North Vancouver Island.

At that time my partner Paul Gillis and I decided to make a search of the area in hopes of finding a Spanish galleon full of treasure. We began to prepare an expedition with all the required equipment and supplies, and to interview the numerous people who wanted to accompany us.

After several weeks of discussing the issue we decided on one fellow Greg who seemed to be able to supply the articles that were needed, so we set a date and proceeded to get ready to leave.

From information received during this period through research and discussions with the numerous aging Indian chiefs of the area, we determined that the shipwreck we were looking for was not a Spanish Galleon but a trading ship called the Tonquin, which the owners had lost track of in 1811. It was a 290 ton, 10 gun, 98 foot trading ship owned by John Jacob Astor and used by the Pacific Fur Company. This ship travelled up and down the coast of British Columbia with goods that were traded for furs with the Indians.

This ship had been lost in the year of 1811 and word had finally filtered out of the wilderness of what had happened. The captain of the ship had insulted one of the Indian chiefs while trading with them and his people had swarmed aboard the ship. They began to massacre the crew and someone made it to the powder room. The ship exploded and all aboard were killed.

There were several problems involved with the research of the Tonquin shipwreck of 1811 as reference to the shipwreck indicated it had occurred on the West coast of Vancouver Island and at an earlier time with a group of Indians that controlled the Southern portion of Vancouver Island which was quite some distance away from where the cannon had actually been located on the East coast of the Island in the Northern section.

I had contacted Chief Dan George to help me with the research, the chief became famous by acting in the movie Little Big Man with Dustin Hoffman. Dan offered to help us in our search for the Tonquin.

We sat in the lounge of the St. Regis Hotel in Vancouver for many evenings discussing the discrepancies in the information we had gathered on the loss of the Tonquin. Chief Dan George was an old friend of many of the old Indian Chiefs and had offered to make further inquiries to try and solve the puzzle. After a few weeks he came to me and seemed to have the solution which told us we were on the right track and why this ship was located so far away from where it was supposed to have been lost.

The massacre and explosion had occurred off the Indian village of Nahannee in the month of September 1811.Many other people have claimed that this ship explosion happened in the month of June 1811 but this is what Chief Dan George told me and that’s what the name he gave the village sounded like. This would mean that the Tonquin had been trading up the West coast of Vancouver Island and was now on her way back to the fort on the Columbia River by coming down the sheltered East coast and trading with the Indian villages on that side who were just beginning their winter fur trapping season. They anchored at the mouth of Shushartie Bay and proceeded to trade with the Indians when this mishap occurred. My team leader found many hundreds of trading items from this era on the bottom in the mud at the mouth of this bay and we think the explosion was so great that it had thrown one of the cannons up onto the beach area where it was constantly exposed by tides and then covered up again with 2.5 inch stone that was thrown up with the tidal waves. 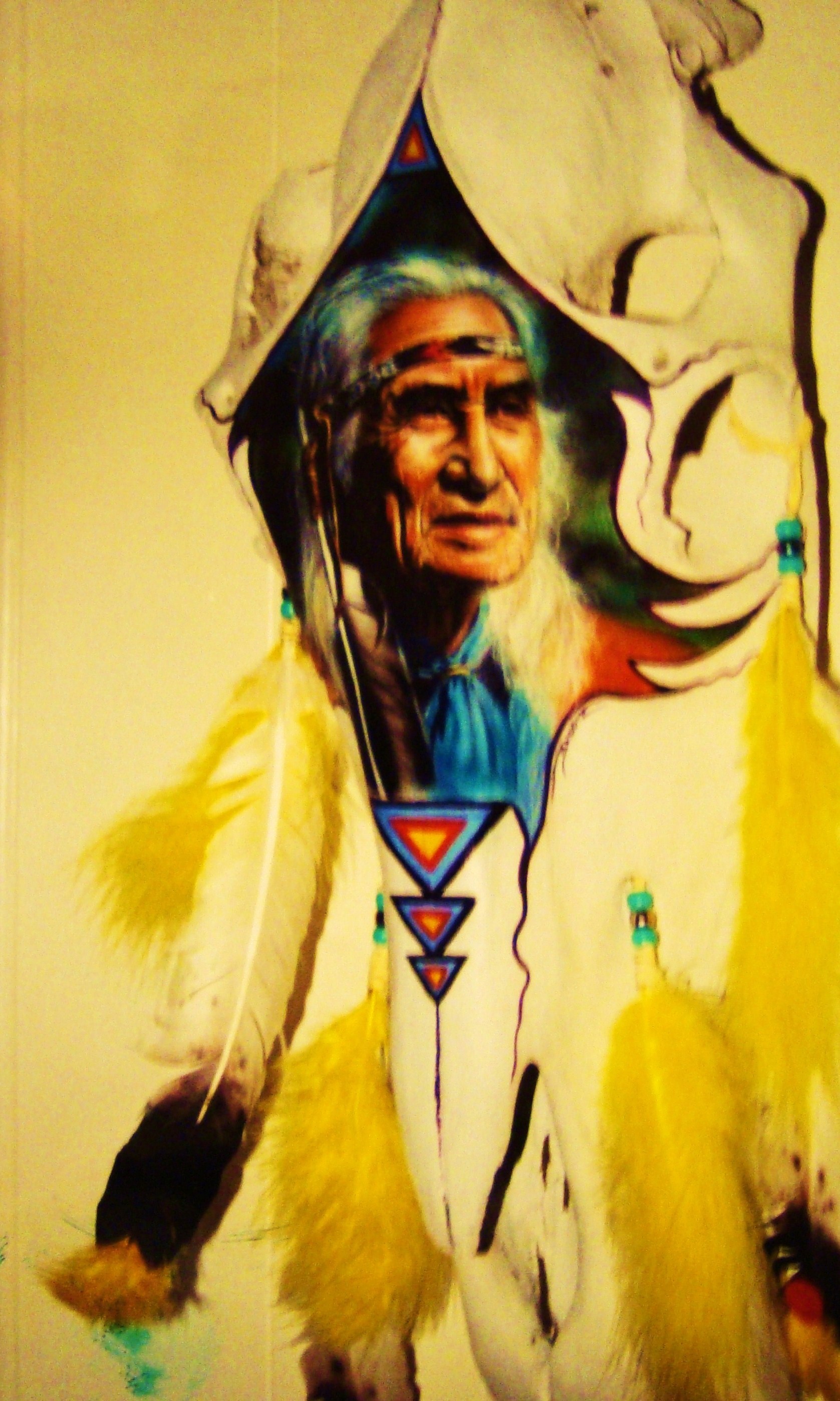 Chief Dan George had learned that Nahannee was not just an Indian village but was the name given by the Indians to a whole strip of land through the Island, from the West coast to the East coast. The Indian tribe we were investigating had a village encampment on the West coast that they moved to in the beginning of the summer when the weather was fine and good fishing available. As soon as the weather began to turn in the fall they would move across the Island to their winter encampment, which was sheltered from the offshore winds and had much better hunting in the winter months. This encampment on the East coast was where the cannon had been found offshore.

Problem solved and solution at hand, thanks to Chief Dan George.

We began planning a date for leaving on this very exciting expedition and deciding just how we were going to go about getting into the proper area the fastest way possible. The weather was beginning to deteriorate and winter was approaching. Greg seemed to be able to supply us with a lot of the things we needed for the expedition, including a small boat with an outboard motor that would carry us and most of the supplies. All things needed for an extended stay in the bush of Northern British Columbia.

We were all young men in our early twenties at the time and had no fear of the dangers we would be facing on such a journey.

Our staging area was inland on Vancouver Island. We decided the easiest way to get down to the coast would be to travel to a large lake in the interior, then follow a river from the lake down to the coast where we planned to camp for the night. Weather permitting we would continue up the North eastern coastline by boat the next day.

There were no accurate maps readily available of that particular area so we purchased a map from the owner of a service station who claimed knowledge of that portion of Northern British Columbia.

Foolhardy souls that we were we continued on into the bush country and unloaded our gear once we reached this remote lake. We loaded everything into the boat with the sun shining , birds chirping and waves lapping on the shoreline.

We proceeded across the bottom end of the lake to the entrance of the river and continued on downstream.

We had not gone far when we heard the roar of a waterfall off in the distance, so we pulled into shore to walk down and inspect the approaching danger. The bush was very thick in this area with a lot of intertwined vines that made for a difficult passage. It became very time consuming to cover any amount of distance so at this time Greg came up with an idea. We would go back to the boat and use a very long rope to ease him out to the edge of the falls. That way Greg could see what kind of danger would be involved in riding the boat over the falls.

It didn’t sound like too swift a thing to do, but being as young as we all were we decided what the hell, lets give it a try. This way we wouldn’t need to unload the boat and carry everything around the falls, chopping our way through the bush, which would have taken us several days.

Greg was in the boat and we had the rope around a tree holding him on the edge of the waterfall. He was yelling at us that it looked Ok and thought he could ride it over the falls. So, we let him go!