Lost, stolen, or undiscovered treasures have long been rumored to be buried throughout Atlantic Canada. Stories abound of loot squirreled away on islands and beaches by pirates and privateers, of fortunes in gold, silver and precious stones lost in the holds of ships wrecked on the jagged rocks of the rugged coast. In Tracking Treasure, Crooker investigates mysterious sites that are the subject of story, myth and song. Some are documented in historical accounts, while others belong to folklore. William Crooker’s fascination with hidden treasures made him the foremost expert on the great Nova Scotia treasure hunt. 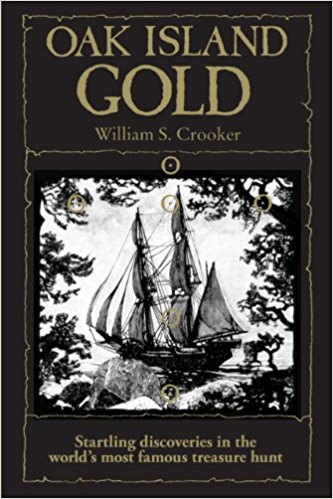 For over two centuries, the mysterious labyrinth of shafts and tunnels under Oak Island, a tiny island on Nova Scotia’s south shore, has been the scene of frantic search by scores of treasure hunters from two continents. They believe the shafts and an intricate man-made flooding system hold the secret to a treasure of untold wealth. Crooker meticulously sifts through the evidence unearthed by treasure-hunters on the island, past and present. Then, armed with some startling new discoveries, he neatly fits the pieces together to offer a plausible solution to the baffling puzzle of Oak Island.

William S. Crooker is an excellent researcher and is considered to be one of the foremost writers on lost treasure in Canada. His book on Oak Island is a must for serious researchers.